Recipes for Living Life on the Fringe 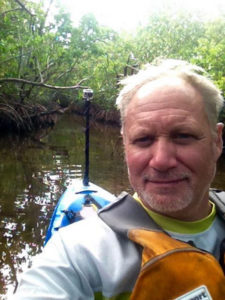 I’ve always had a love for adventure and the outdoors. I grew up in Atlanta, Georgia and was never more than an hour away from spectacular camping, and hiking. My favorite places were full of rhododendrons and waterfalls and trout-filled pools that were the perfect temperature for keeping a six pack of beer cold. But my adventures weren’t limited to camping trips.

During my high school years I was introduced to bicycle touring and, eventually, competitive cycling. Years before I could drive, the bicycle gave me the freedom to go practically anywhere I wanted. The faster I rode meant the farther I could travel and the more I could explore and see. It wasn’t long before someone came up to me at a weekend club ride and suggested I try racing.

Months later I found myself traveling to other states, usually in the back of a van full of bikes, gear, and some of the most incredibly fun and positive people you could be lucky enough to know as a teenager. Because of bicycle racing, I was getting to see and do so much more than any of my high school classmates. It was during those long road trips to bike races around the southeast that I learned about something else that has had a tremendous impact on my life: indie music.

The alternative music scene in Atlanta in the early 80s was an incredible mix of punk, new wave, and post punk, and a few of the people who were on my bike racing team were heavily into the local bands. The soundtrack of my youth was made up of bands like The B-52s, R.E.M., Pylon, The Method Actors, Love Tractor, Current Rage, Oh-Ok, and The Side Effects recorded onto cassette tapes from vinyl and blared loudly over cheap, aftermarket car stereos. It was heaven – almost. I began to want to see these bands live, but being only 15 years old, that wasn’t such an easy proposition.

Luckily my teammates devised numerous methods of smuggling me into music clubs – something that warrants an article at a later date. Fortunately, I didn’t have to sneak into every club. In downtown Atlanta an all ages punk rock club (read: warehouse) called The Metroplex opened up the same year I could drive. The bands that played ranged from rough local talent to some of the bigger national punk acts and the crazy DIY underground atmosphere instilled a deep passion in me for people living their lives on the fringe of society. 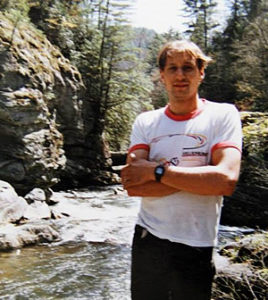 Long before most high school kids were even thinking of college, I knew I was going to the University of Georgia. The music coming out of Athens, Ga in the early 80s had clued me in on the culture that was there. When I finally moved there in 1985,  the crazy, house party dance scene alluded to in the lyrics of The B52s and R.E.M was still kicking, and venues like The 40 Watt Club and The Uptown Lounge featured a who’s who of college radio bands.

Athens in the 80s was a mad carnival – an all-night costume party that spilled over into the next day when we would ride our bikes out into the countryside and explore abandoned mills and tiny farm towns, or pack up the car and head into the Georgia mountains to go hiking and camping. Life was simple – and simply fantastic. Needless to say, I stayed on after college.

In the late 1990s, however, many of my friends had moved away and I began to get wanderlust. After quite a few trips to Costa Rica and Florida, I knew I wanted to experience living in a tropical environment. I ended up in Cape Coral, Florida, where I dove head first into fly fishing and exploring the backcountry of Matlacha Pass and Pine Island Sound. Eventually I quit my day job and become a full-time fly fishing guide. In no time at all, I was appearing at outdoor shows and writing for both regional and national Outdoor and Fly Fishing magazines.

Around 2004 I came across a Sit-On-Top (SOT) kayak when I was at a local kayak shop looking to buy a sea kayak (something I had desperately wanted since taking a kayak trip in the 90s). I ended up buying two SOT kayaks instead of the sea kayak, and while I had huge misgivings at first about blowing my sea kayak money on something different, it wasn’t long before I fell in love with the sport of kayak fishing. 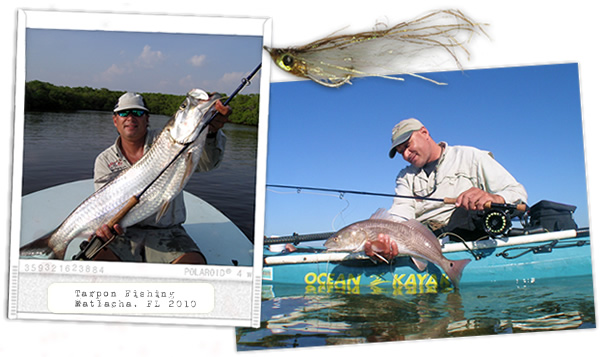 After writing a few articles about fishing from a kayak for some outdoor magazines and getting a lot of attention for bringing a kayak along when I did talks at fishing shows, Ocean Kayak approached me to be on a Pro Staff of kayak anglers they were putting together. I jumped at the chance and the experience of traveling and working with other kayakers and outdoor personalities associated with Johnson Outdoors (the parent company of Ocean Kayak, Necky Kayak, Old Town Canoe, and a plethora of other outdoor brands) has been a highlight of my life. Years later I did finally get my sea kayak, a Necky Chatham 16 that is my absolute favorite piece of outdoor equipment.

In 2012, I took a hiatus from fishing and the life of a professional outdoors person to knock two items off my bucket list – finishing a novel called Love’s Naked Nature, that I had started some years earlier, and writing a feature screenplay. I published Love’s Naked Nature in July of 2013 and in the same year the script version of my novel made it to the Semi Finals of the BlueCat Screenplay Competition. Currently, I have several feature screenplays in various states of completion and eventually I may even get around to writing another novel. 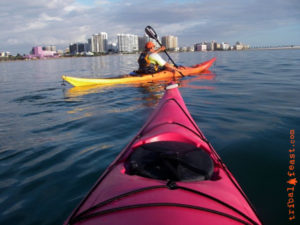 In 2017, I finally returned to Athens – for good this time. The music and arts scene is better than ever, many of my old friends have returned as well, and both the mountains and the coast are only a car trip away. More importantly, when you grew up with that odd mix of punk rock, Southern hospitality, and progressive ideals, it’s very tough to feel at home anywhere else. Imagine living in Mayberry R.F.D. but all your friends are artists and rock stars.

Although I am no longer guiding professionally, I am often asked about my outdoor adventures – everything from the places I go, to the gear I use, to the food I eat. I am also frequently asked what music I’ve been listening to. I guess in some ways I will always be a guide, always pushing for new experiences and sharing them with others. Guiding is all about taking a big bite out of life and making room at the table for others to join.

So what do I do with all of this? Why start an online magazine about affordable outdoor adventures and indie music, of course! Some may say that I am reinventing myself again, but honestly, this time, I am returning to my roots and following my true calling. Meet Greg Bowdish, Professional Adventure Picnicker and Indie Music Guide.

Fear and Laughing on the Bike Ride Across GA