Recipes for Living Life on the Fringe

In October of 2016, two sea kayakers became castaways on a desolate island off the Georgia coast.

What started out as a fun, weekend kayak camping trip for two old friends, turned into a fight for survival as Hurricane Matthew made a turn for the Georgia coast and the two men realized that the growing seas had made escape from the island impossible. 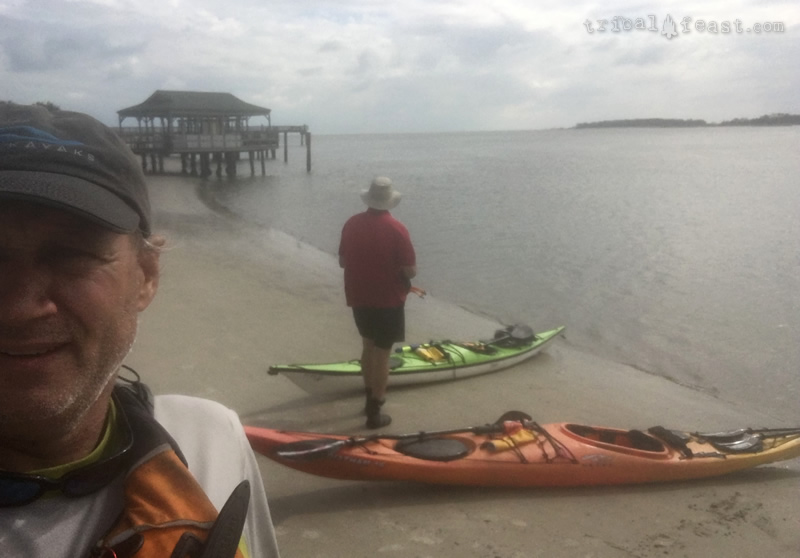 Their situation became even more dire when a bottle of absinthe was discovered in the stern hatch of one of the boats and valuable cognitive resources that should have been applied to their survival was instead squandered on jury rigging an absinthe fountain out of a Platypus hydration bladder.

We are experiencing a sea kayaking calamity on Little Tybee Island and our predicament is looking more hopeless by the hour.

Weeks later, a dark green Mephisto bottle was found floating in the Atlantic by a local shrimper. Inside was the following note:

To whomever finds this bottle,

We are experiencing a sea kayaking calamity on Little Tybee Island and our predicament is looking more hopeless by the hour. 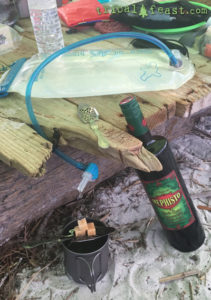 The approaching hurricane has made the seas so rough that launching our kayaks in an attempt to paddle to safety is an impossibility. Our only chance is to wait out the tide in the hope that the outer bar will be exposed enough to calm the waters enough to launch our tiny craft. Whether we stay on the island or make a bid for safety in the turbulent seas, our situation looks bleak.

Further complicating matters is the raging absinthe hangover that has weakened us both mentally and physically. There is a pale green mist clouding our sensibilities, but perhaps that is all for the better considering the hardships that lie ahead.

Knowing that our supplies are dwindling, we raided our food stores and made a lavish breakfast. We are planning an even bigger culinary opus for lunch since it will most likely be our last meal.

As I write this, the freshening wind blowing through our encampment is playing a sad dirge in the creaking trees, a musical prelude to our impending doom. The only positive note is that this sad life of being hopeless castaways will soon be over.

UPDATE: This story, it turns out, had a somewhat happy ending as the two intrepid paddlers were indeed finally able to launch their sea kayaks and make it back to the mainland and safety. As the paddlers had hoped, the sandbar just offshore of the island did indeed get exposed enough to calm the waters to launch their sea kayaks. Other important factors contributing to their survival were that they had all the proper safety gear, were monitoring the storm closely, and were completely sober by the time they launched their boats.

Unfortunately, it has also been reported that neither of the sea kayakers had learned their lesson from the experience. When asked if they would do it again, one quickly replied “How about next weekend?” 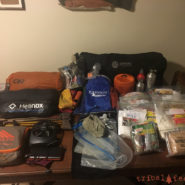 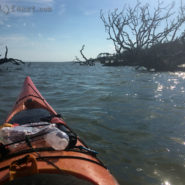 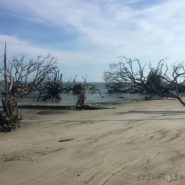 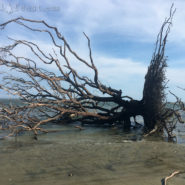 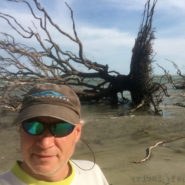 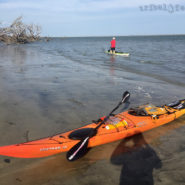 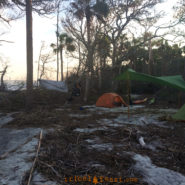 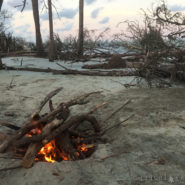 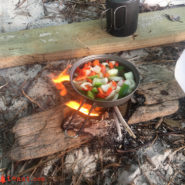 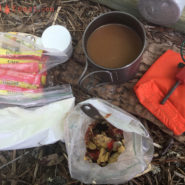 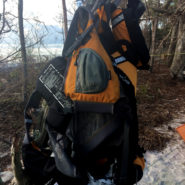 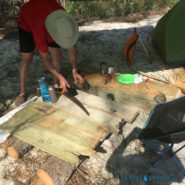 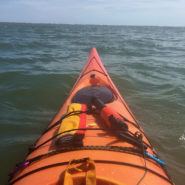 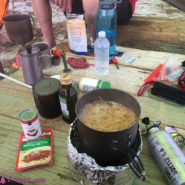 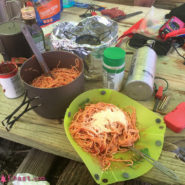 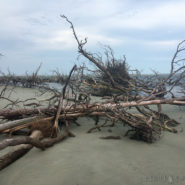 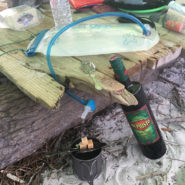 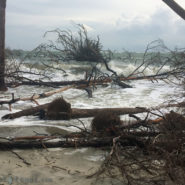 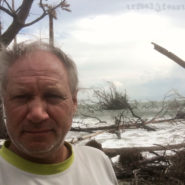 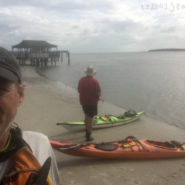